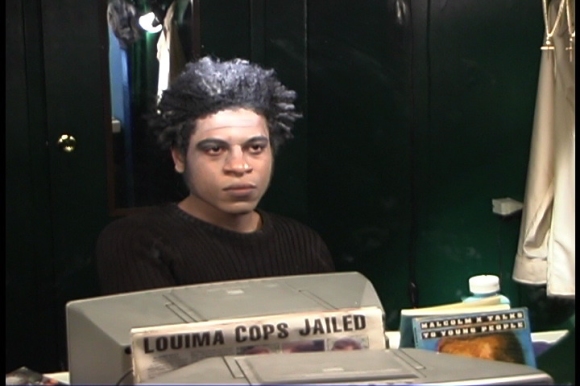 “…’Killer of Sheep’ was made the same year ‘Star Wars’ was released — and has not been seen ever since. While brothers are applauding the heroes from a galaxy far, far away – they’re completely inured to their fellow brethren right in their own backyards. The same was true nearly 15 years later when Wendell B. Harris was virtually paid to NOT make any movies. One look at his magnificent ‘Chameleon Street,’ and everyone knew that a powerful voice had arrived. And this scared everybody. I always found it disturbing that that the Black Entertainment Complex had not welcomed him — the man had won Sundance, after all — in the years when Sundance actually meant something.  They did not appreciate him they rejected him.  (Maybe they just didn’t know what to make of him…let’s not forget that old Satchmo himself was terrified of Charlie Parker.)

…In the early 1970’s, Huey P.Newton wrote a stunning essay and review of Melvin Van Peebles’ revolutionary ​”​Sweet Sweetback’s Baaadasss Song​”​and hailed it as a new vanguard cinema for black people – an example of real artistic-political storytelling that the oppressed could appreciate. Huey wrote that he hoped this would inspire a whole revolutionary genre of black pictures. Instead, Hollywood saw they could make money by having a brother on screen and decided to further the ante by “gambling” on pictures like ‘Shaft’ (by Gordon Parks, ironically, whose brilliant “The Learning Tree” has been forgotten even though it was the first major Hollywood movie by a black Writer and Director! Of course, the rest is history and like they have done to Rap music – everything caved in; the Blaxploitation era arrived and all the racist, stereotypical ‘skin flicks’ flooded the world and artists like Bill Gun, Burnett, and even Van Peebles himself vanished into thin air. No wonder Huey P.Newton died in a crack house: he had no movies to go see…” 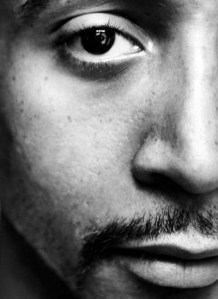 “…the new breed of American filmmakers need to turn a blind eye to the Reservoir Dogs of the American Beauties and express themselves. Black people will play Bob Marley’s “Get Up, Stand Up,” blast Wu-Tang’s most innovative tracks, and spout the poetry of Amiri Baraka or Sonia Sanchez and yet will still think that a film like “The Best Man” or “Shaft” is good enough for them. I know there are a lot of talented, radical, sensitive people out there. But where are they? Certainly not behind the cameras…” 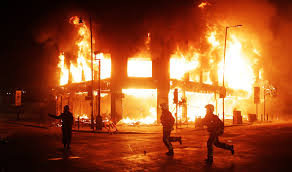 They’re shipping knock-offs to Haiti.
(They forgot to send me.)

Somewhere across the ankles of the Atlantic beneath a sign for second-floor SUVs and torn up pink-slips, un-housed and dispossessed eyes peer through the gates that protect the imposter goods.
Officials cringe
when the boys
eyeball
the sneakers
that fell from their boxes like frozen feet that had been cut off and tossed out the back of the truck, sprinkling the broken boulevard like raindrops on an ice cream cone.
A cop lobs fake Nikes at a pensive boy with a Veteran’s limp and oversized coat. He laughs as the boy hops home with two left shoes and the cluster of police cruisers split into a compass of blazing sirens
each car
thinking he was the
North Star.

A red scarf emerged from the dispersing crowd.

This crimson-caped man’s
mad-dog
hands
clutched the air around him in freak-spasm night.
He lost his shoulder and dropped his jaw foaming at the mouth:
And a sound fell like a flame that had been fanned from the deep well of an executioner’s oven.

And the
blisters on the balls
of his feet
cut through the thick rubbers he wore and eventually rooted him into an eternity far beyond slums or beaten down blocks or inner city apathy.

His fingers crawled like worms sprouting over a dead soldier’s bayonet. His scarlet fever snapping in the breeze like a matador. He waited to rotate in the barrels of the city’s finest. He just hoped their bullets would be as bright as he was.
An old woman shook her head and said to her husband, “That boy is crazy. Too much anger. Ain’t gonna bring em nothing. Bad for the heart”, she said.
He blew a kiss as they whisked by into their steeple.
He’d never be this again: a tsunami in the drone of the limping ghetto night.

For blood
is less likely
to boil
as we
get older.

…So I ask you have we truly hit the end, the rusted sediments, the ancient depositories of whales long dead and barnacles who swamped and sucked to stay alive?
Just a school of fish trembling, tremoring, and trying maybe that’s all we are: A school of fish, doomed.

Maybe we’re all madmen in scarlet scarves
knowing that shadows don’t lurk or loom
they simply stop being,
cease to follow
when there is nothing but stagnant air and a muffled heartbeat that barely brushes against the skin.
Deep schadenfreude
high as the cotton of a Mississippi nightmare

Ever seen a house on fire in the distance?
You know what every man is thinking?

“How beautiful that fire burns.
I’m just glad it’s not my house.”